Grampians Health’s new Kurrajong Lodge manager is a great example of the importance of staff development.

Ms Tudias completed her bridging course to be a registered nurse in Australia at Wimmera Base Hospital in 2015 and started working at the campus in 2016. She initially worked in various acute settings but eventually found her calling in aged care.

For the next five years Ms Tudias worked shifts at both Wimmera Nursing Home and Kurrajong Lodge and was often asked to take the acting Nurse Unit Manager role at both facilities.

Grampians Health director of Residential Services at Horsham and Dimboola Sarah Kleinitz said Ingrid was the ideal choice for the role at Kurrajong Lodge.

“She has been demonstrating natural leadership skills for the past two years and is very person centred,” she said.

“Her decisions are always in the best interests of the residents and she follows up on those choices.”

Ingrid said she was enjoying her new role and appreciated the fact that she had a strong team of aged care managers throughout the Grampians Health network. She has already introduced new improvements for the benefit of the residents.

“We have installed digital calendars and new clocks that help people with dementia or any cognitive impairment,” Ingrid said.

“These will help them recognise the date and time when they might previously struggle to do so.

“We are also making improvements to afternoon and morning teas.

“Every improvement we make is around improving the experience for each resident and helping to make them feel like they are at home.”

“I was both nervous and excited about my appointment because I have big shoes to fill,” Ingrid said.

“But I am getting plenty of support from Sarah and the other nurse unit managers,” she said.

“Ingrid has had the ideal grounding for her new role and and I wish her all the best,” Mr Wilding said. 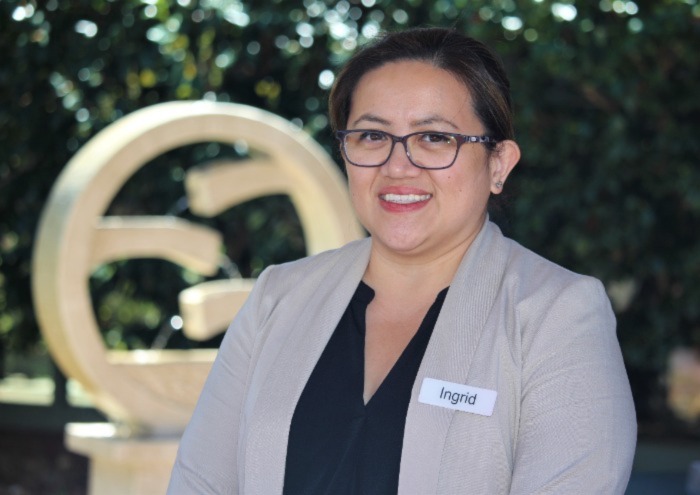